The Abbreviation for Chapter: What Is It and How Is It Used?

Do you want to know the standard abbreviation for chapter in English? The abbreviations used for this word are easy to remember and simple to write. Plus, we’ve got all the additional details you need—definitions, sentence examples, etymology, and more!

Let’s start out with the common abbreviations for chapter.

There are two ways to abbreviate the word chapter.

These are often used in situations where space is a concern, such as a headline or a  title that requires brevity. You may also want to use the abbreviation of chapter when you’re taking notes.

What Does Chapter Mean?

According to Dictionary.com, chapter is defined in the following way: 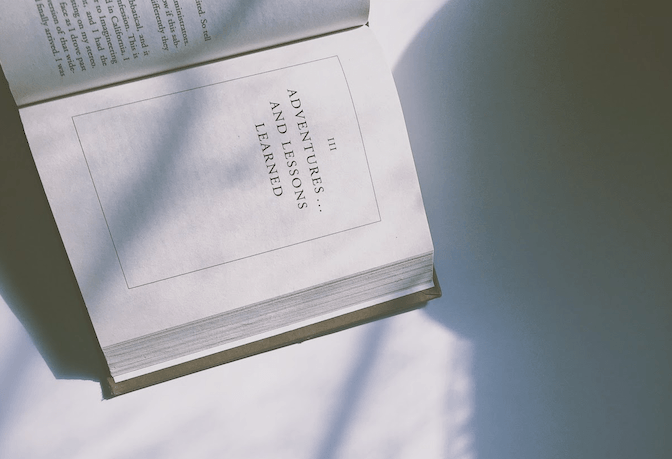 The word chapter, meaning “the main division of a book,” came from the Old French word chapitre (twelfth century), a word that refers to a chapter of a book, article, cathedral, etc. It is an alteration of the word chapitle, which is derived from the Late Latin word capitulum, which, in turn, came from caput or “head.” In Medieval Latin, capitulum also meant “little head,” or council.

When it comes to the modern definition of the word chapter, meaning a local branch of an organization, this sense came from the Catholic Church in 1815. At that time, people began to refer to bodies of the canons of a cathedral as chapters.

For works cited pages in MLA format, the chapter cited will not be abbreviated in this way. According to most publication manuals, one will list the author, the title of the book, the city of publication, and a page range, rather than a list of the chapters used.

In other instances, however, one can abbreviate the word chapter after the full word is used for the first time, granted the period is always included for grammatical accuracy. Abbreviations could be used for in-text citations, note-taking, edits for essays and other documents, et cetera. The word chapter would not usually be abbreviated in general prose.

10 Examples That Use Chapter Correctly